Alien came to a delicatessen in Ann Arbor, Michigan.

This place is called Zingerman's Delicatessen.

It was busy. Alien heard this place was popular.

Alien needed to order at first. It was hard to decide. A lot of kinds of sandwiches.

Their foods were a bit pricey. Their signitured corned beef sandwitch was $16.5. It was Alien's first time to eat corned beef. Uhhh it was like... paper-thin, salty beef.

Alien thought it was dried out, to be honest. 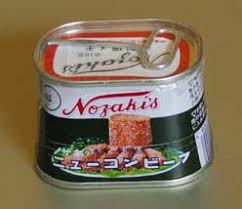 This is different, but yum yum.

In the eating space. It took a while to find a seat. It was busy. It was fun to look around after Alien had the sandwiches.