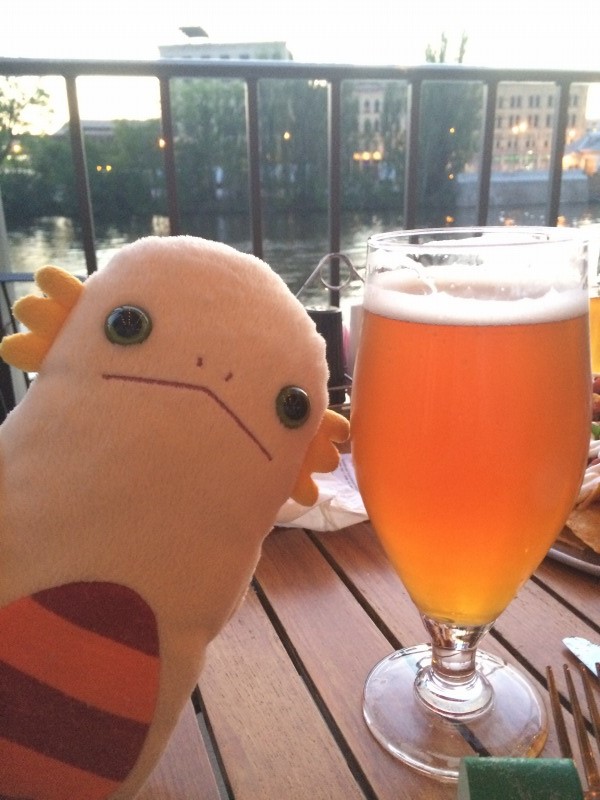 This is a story of summer this year.

Alien went to Milwaukee Ale House, a restaurant that serves many good beers. 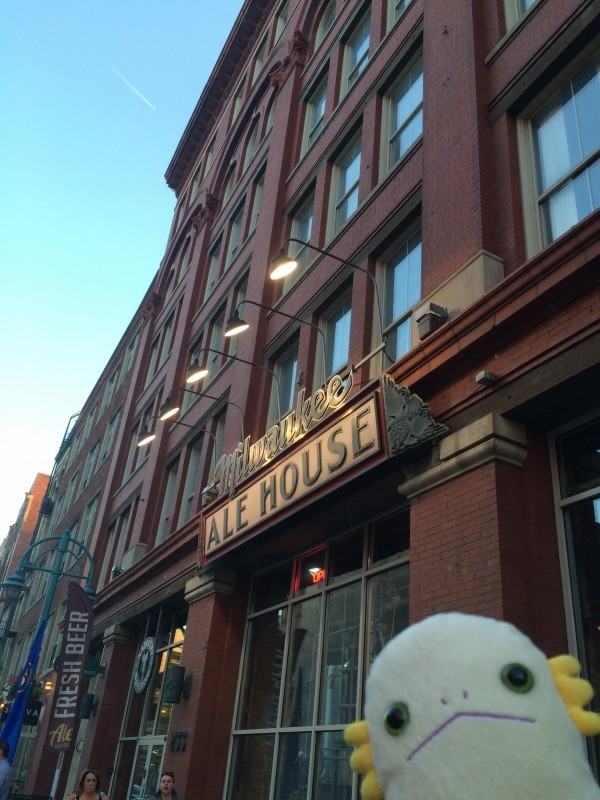 You can drink beer produced by Milwaukee Brewing Company.

This is a good place for people who visit Milwaukee for the first time (as well as local people, of course). 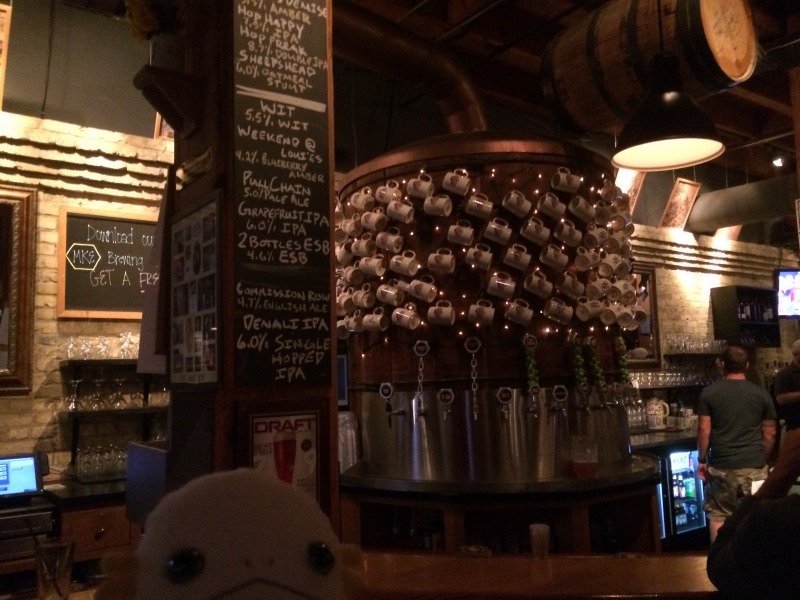 Alien am hungry today. Let's go to their restaurant space.

Alien found a nice space for beer and foods. 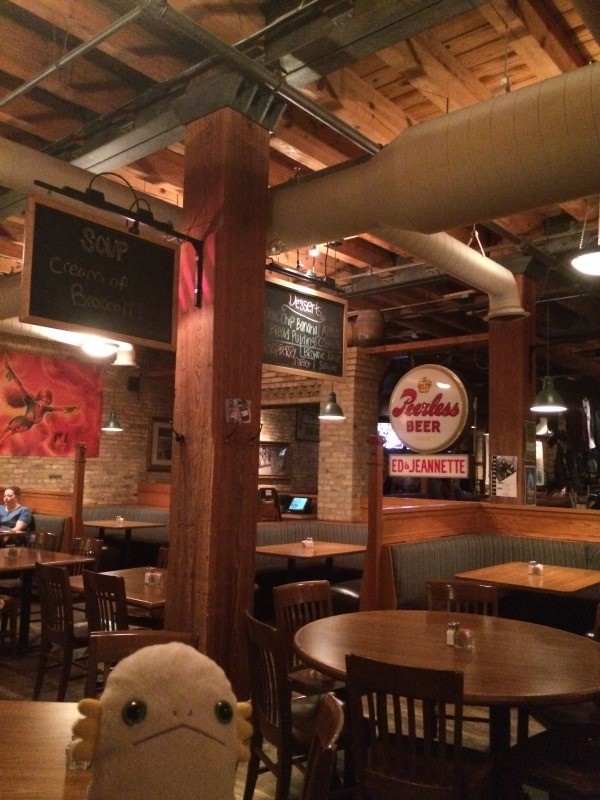 Where are other customers?

Many of them are sitting outsite. Let's have a table outside. 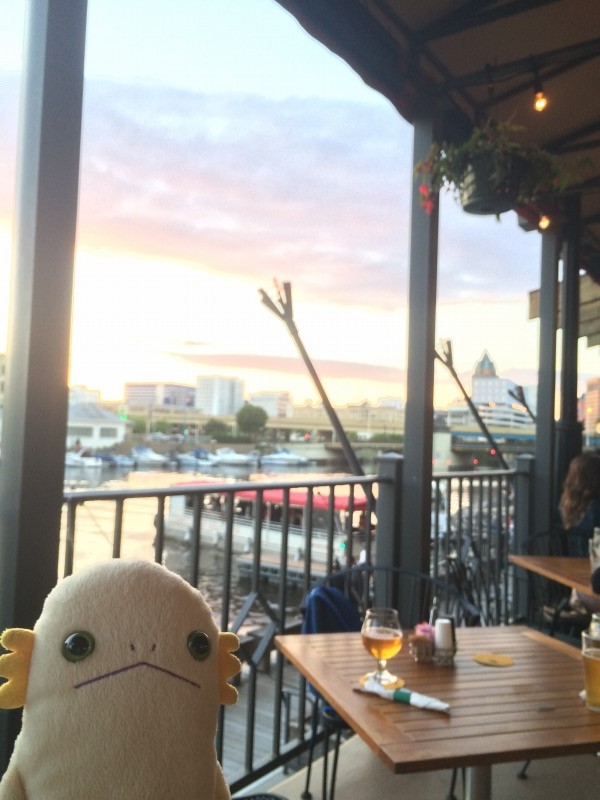 A nice view of riverside. 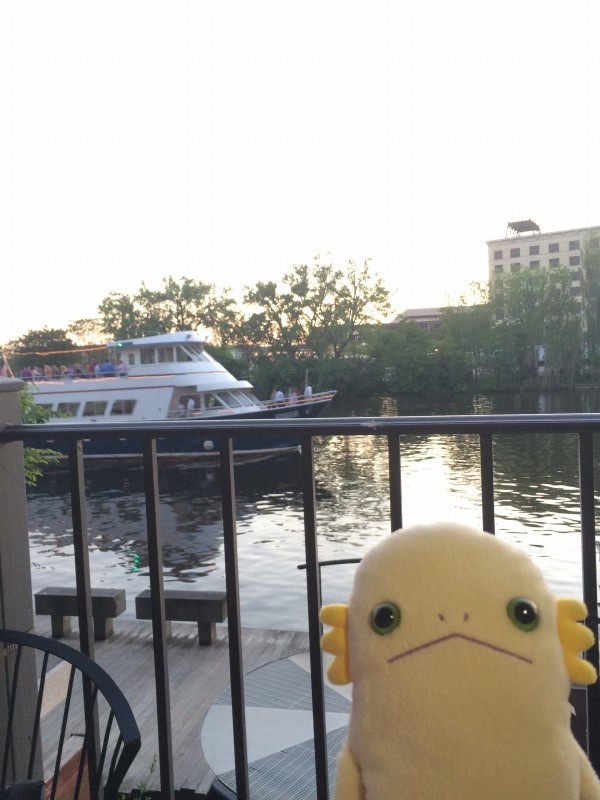 People in Milwaukee enjoy summer at their best. Summer here is short.

What do Alien want to drink? 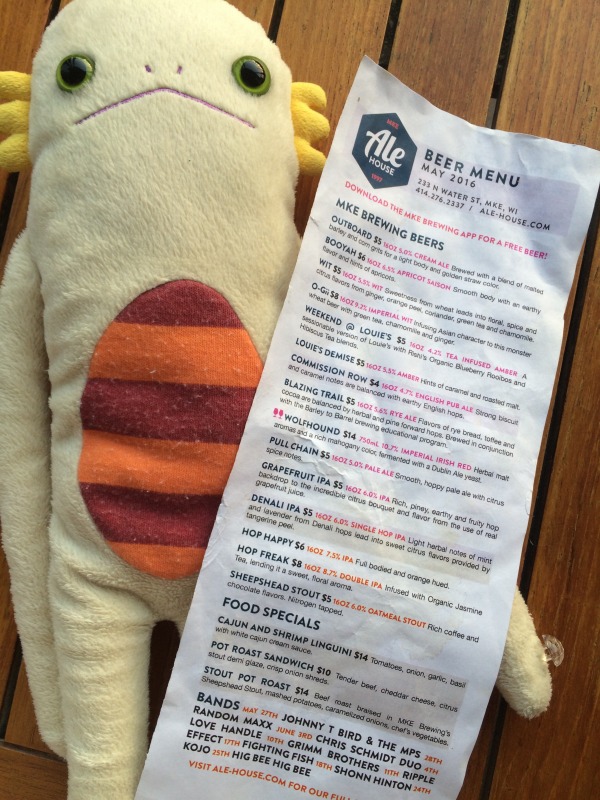 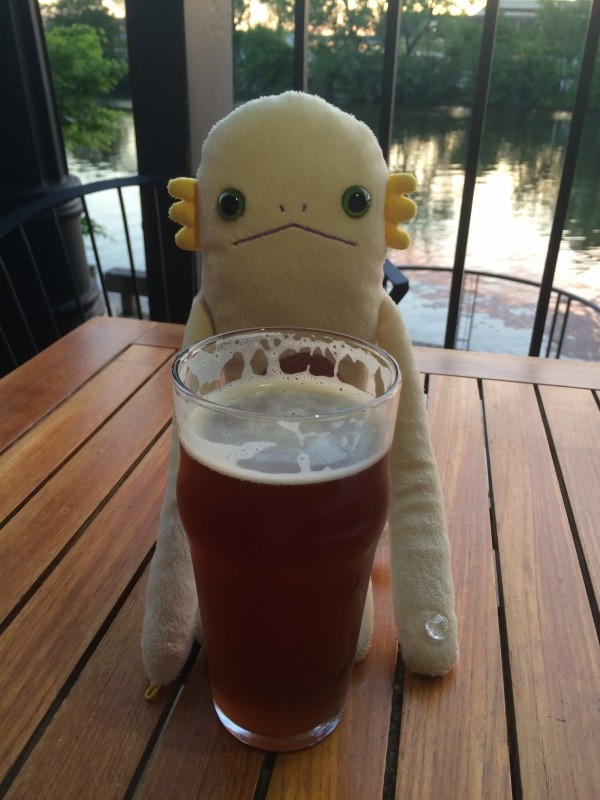 Deeply roasted but easy to drink.

This is a flagship product of Milwaukee Brewing Company. 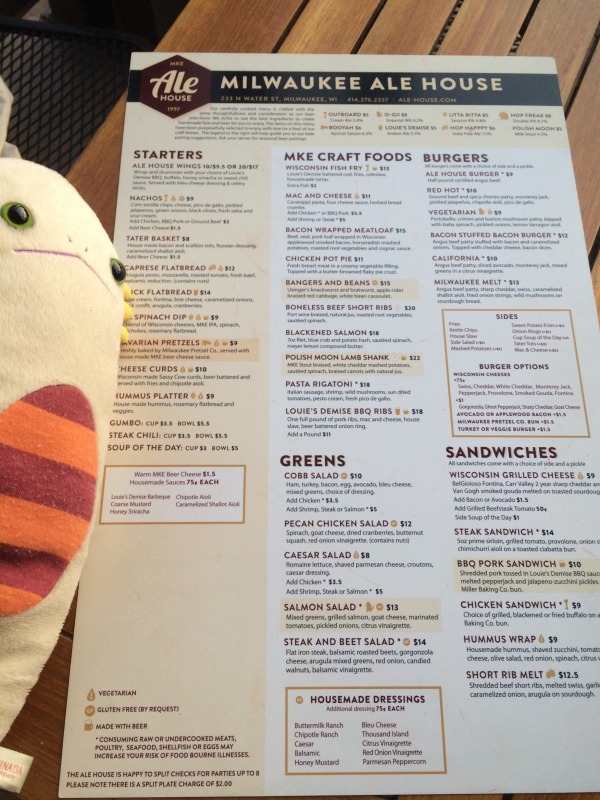 Their foods go well with beer. 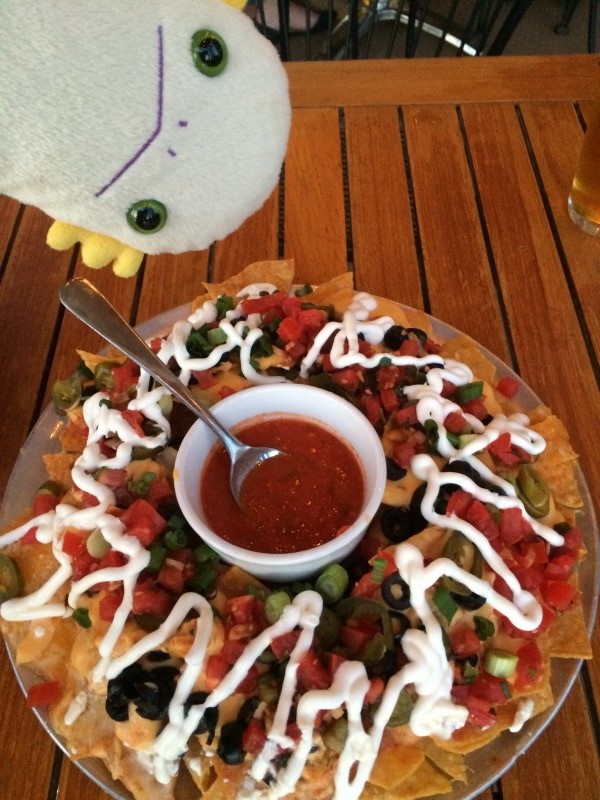 This Nacho is Alien's favorite. A lot of toppings! 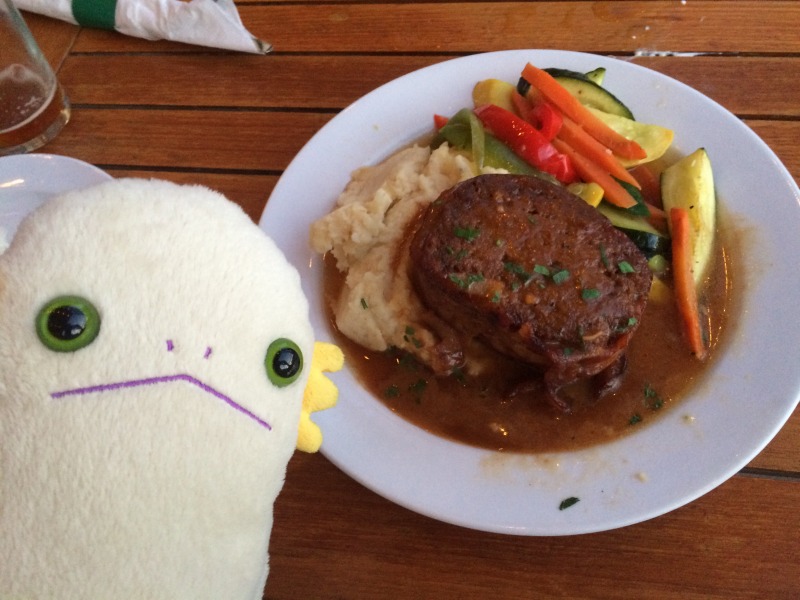 Many kinds of spices in it. Yum.

Let's have another glass of beer. 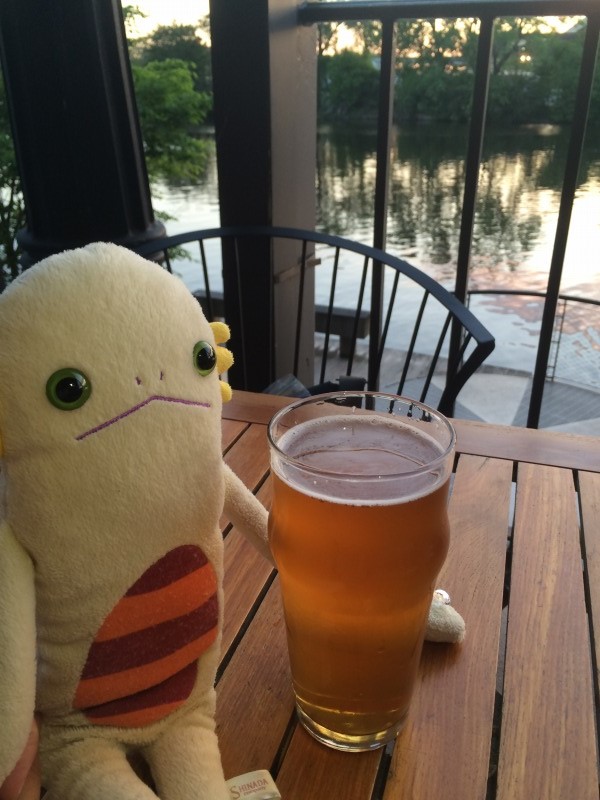 Light and easy to drink.

Alien nicely got drunk. It was getting dark outsite. 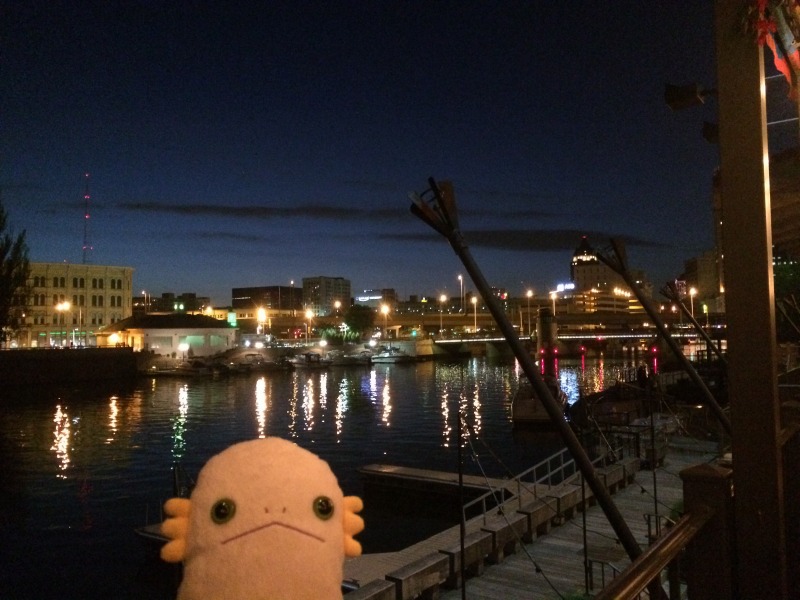 Whoa, karaoke is going on at the stage. 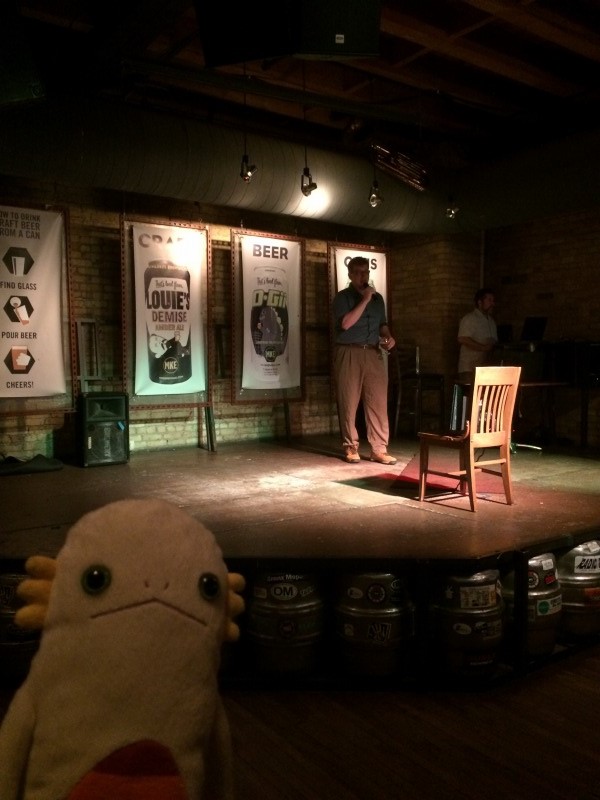