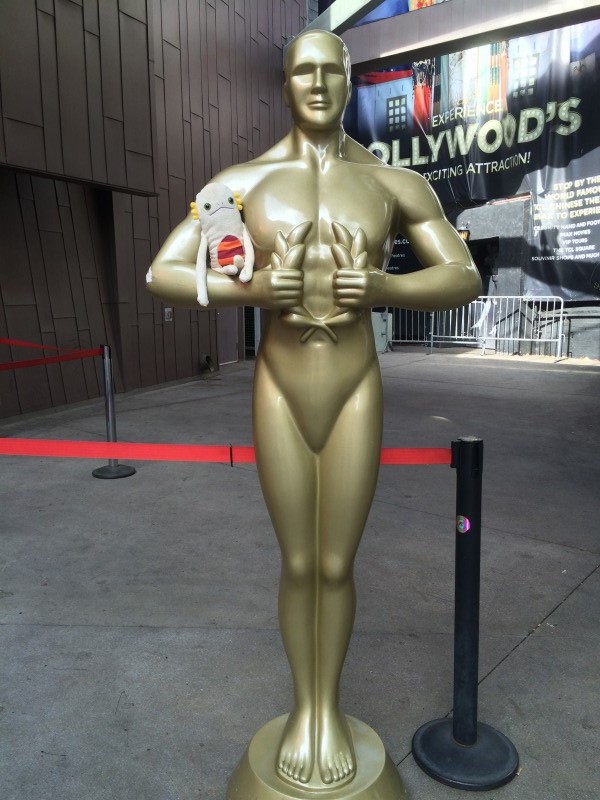 Alien want to win the Oscars in the future.

LA is famous for Hollywood. Let's go to "Walk of Fame," a popuar sightseeing spot. 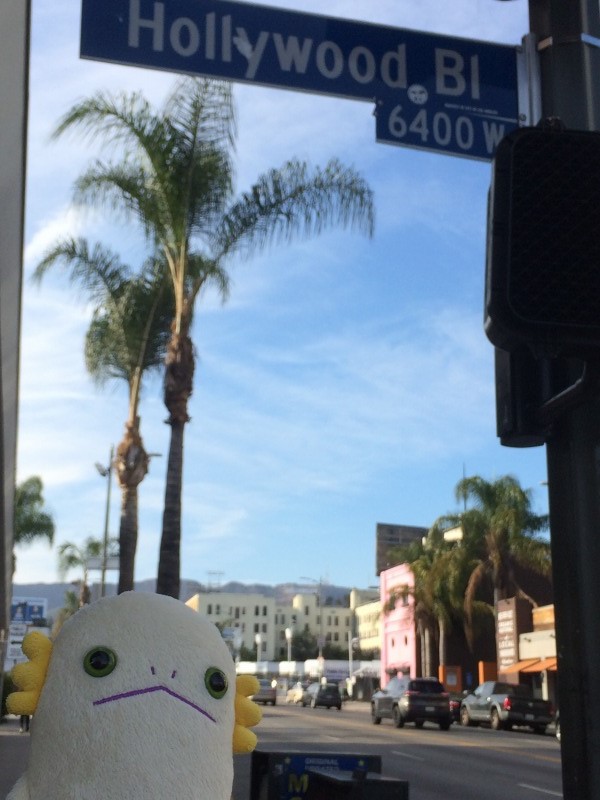 Palm trees are great icon of traveling. No palm trees in Wisconsin.

Here is Hollywood and Highland Center. 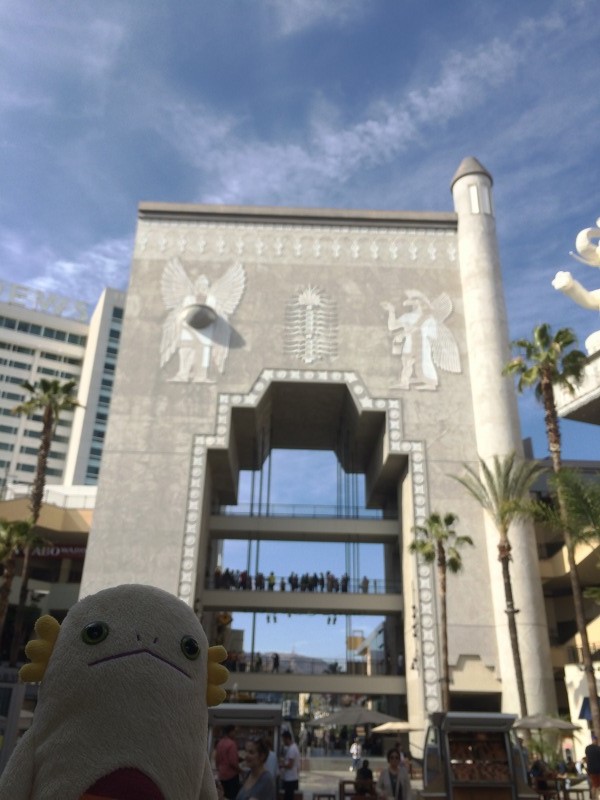 This is a shopping mall and a good viewing place of the Hollywood sign.

At the viewing bridge on 3rd floor. 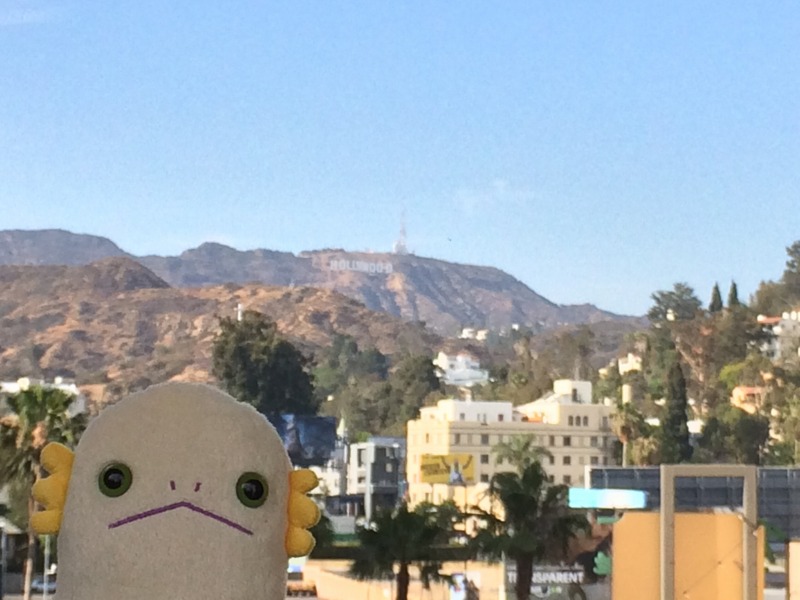 Alien was able to see the sign there, but it was difficult to capture it in the photo.

Alien at a souvenir shop. 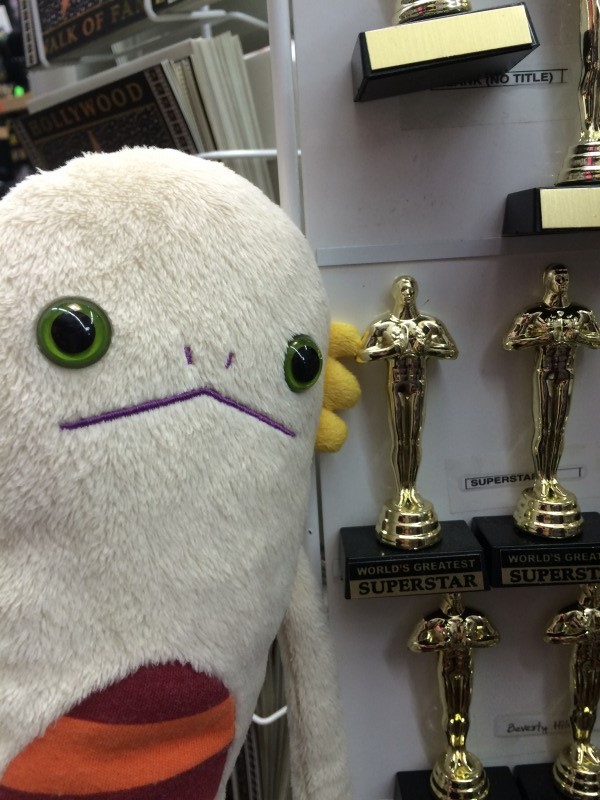 SUPERSTAR? That must be Alien. 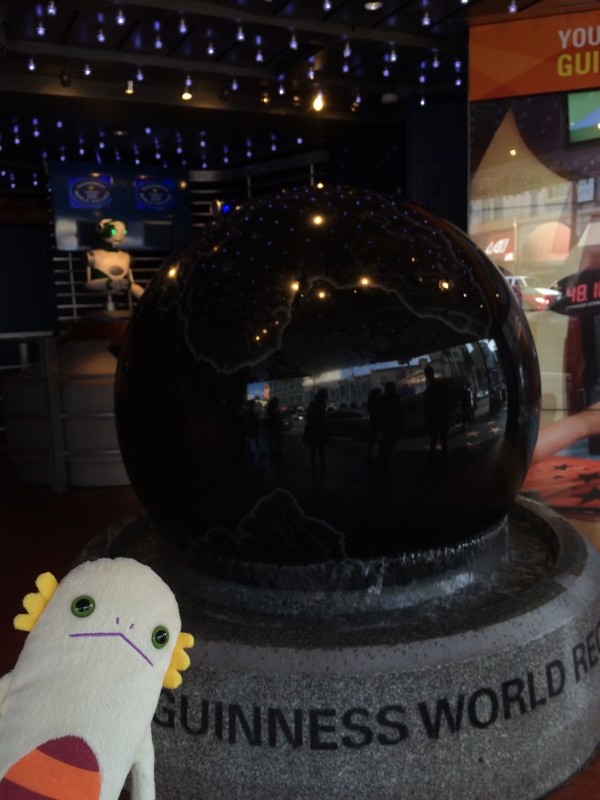 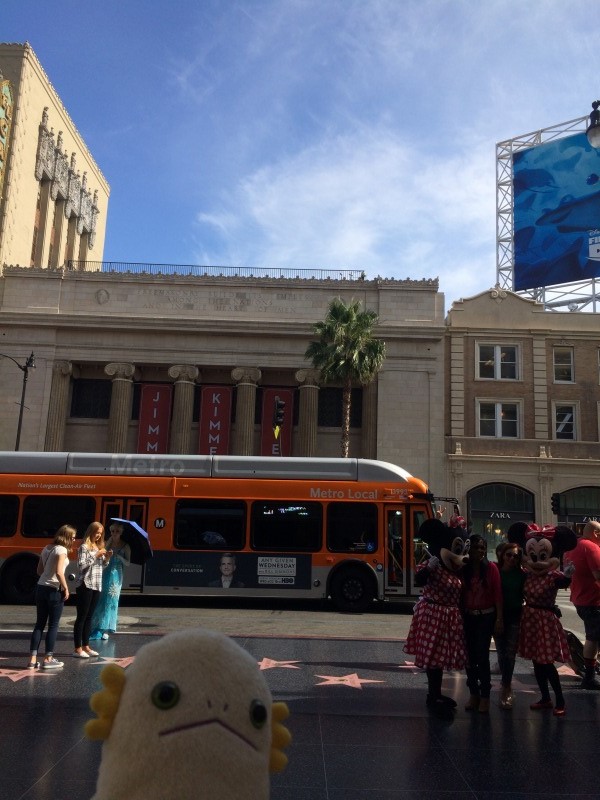 They musst ask Alien tips! Let's not approach them.

Young ladies were dancing behind the window at Hard Rock Cafe. 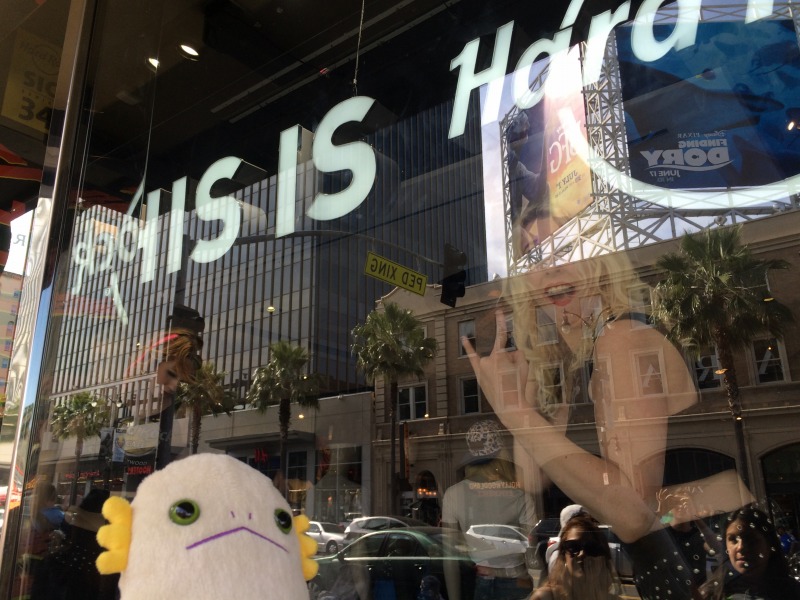 She was surprised by Alien. Alien did nothing wrong though! 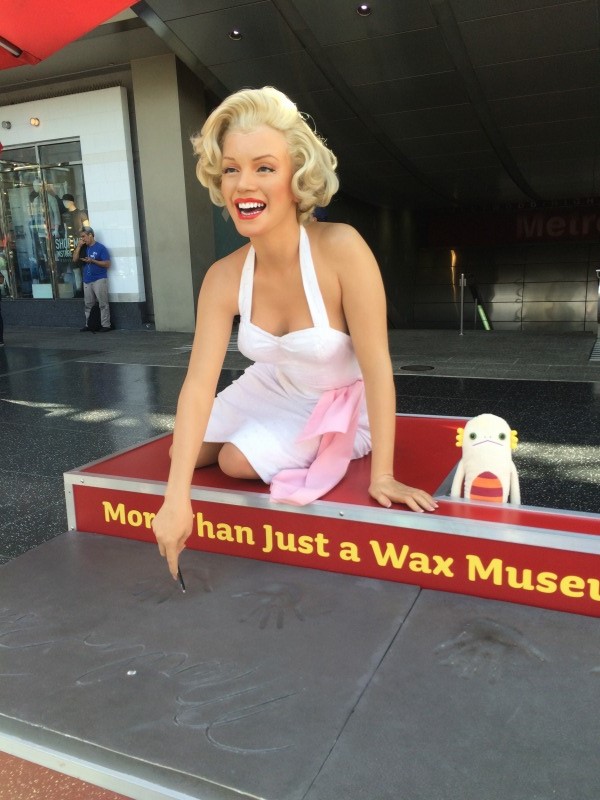 Alien got nervous to take a photo with such a great star. 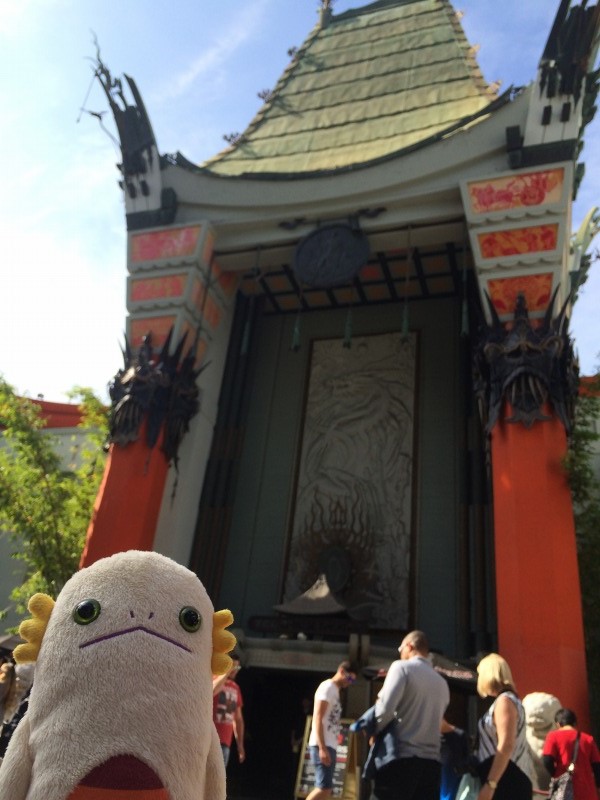 It is known for Academic Awards ceremonies. It is usuallly used as a movie theater.

Alien found many celebrity handprints and autographs on the floor of the theatre's forecourt. 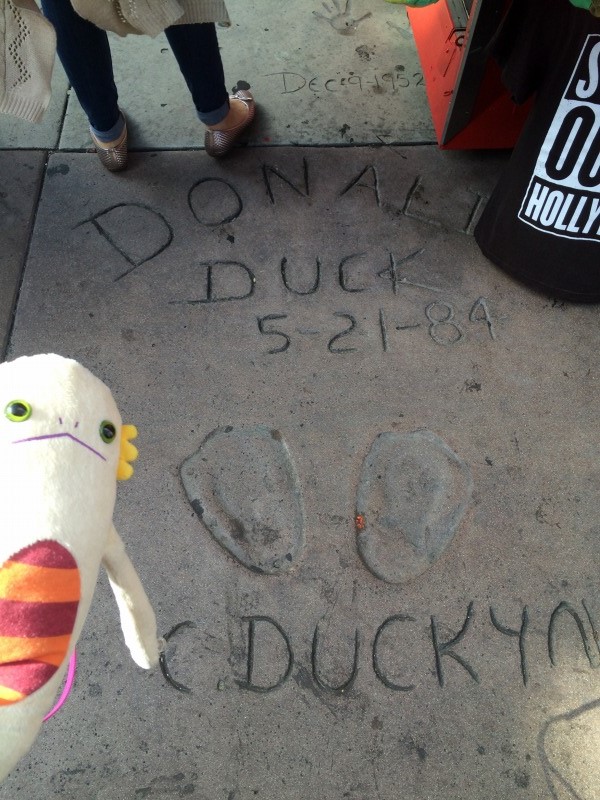 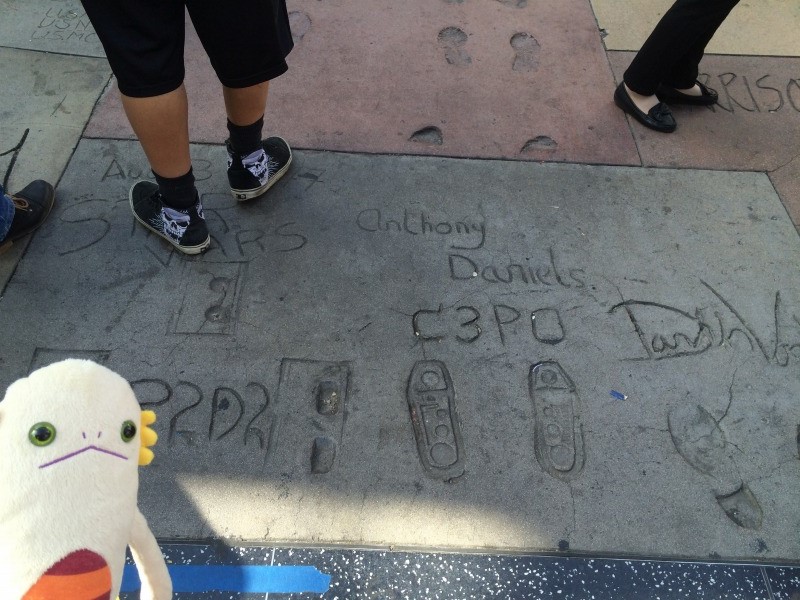 A photo at the entrance of Madam Tussauds. 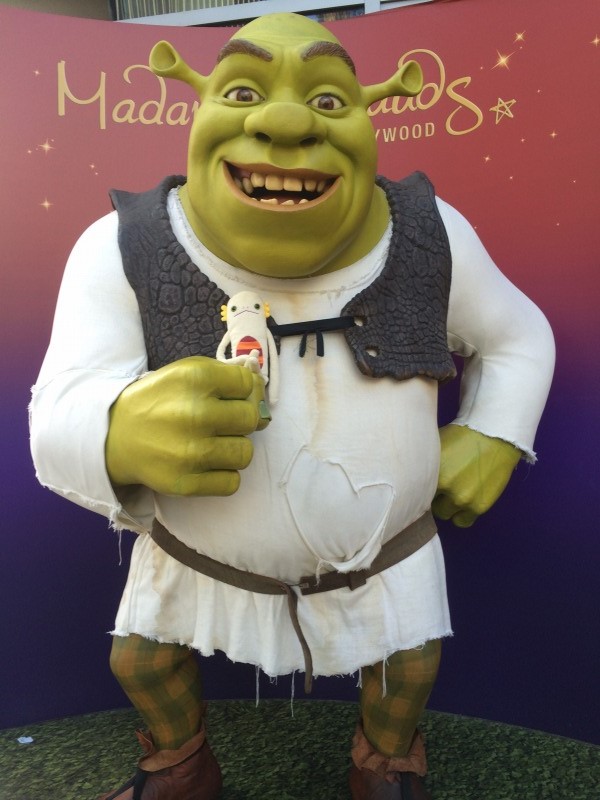 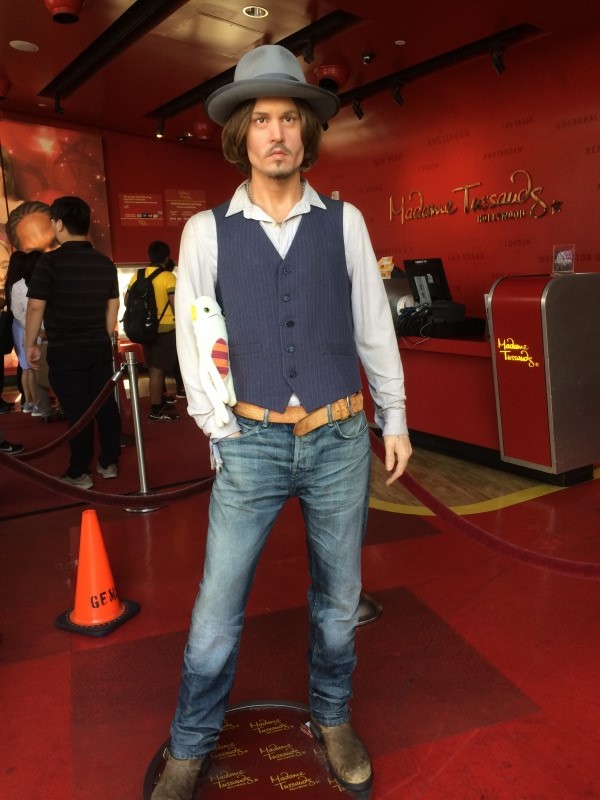 This is Alien. Nice to meet you. 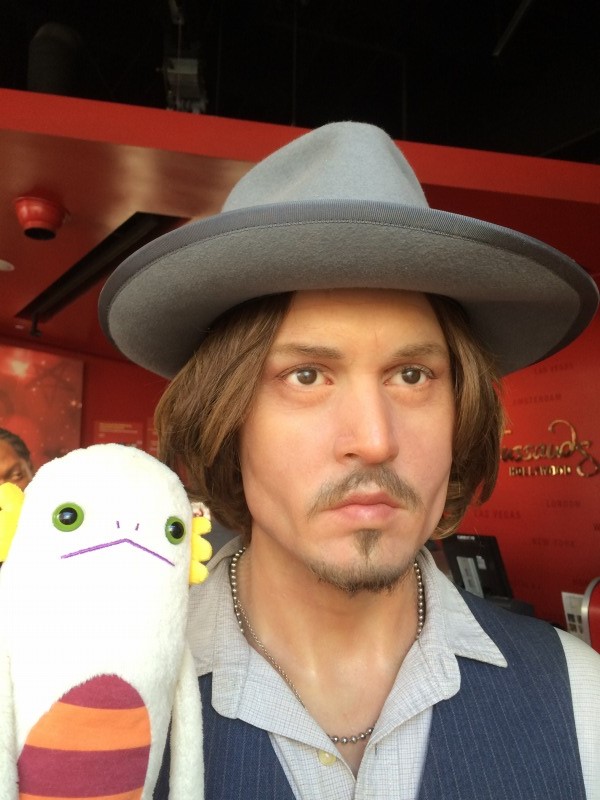 Can Alien be cool if Alien had beard like yours?

Alien can't forget to see stars embedded in the sidewalk at Walk of Fame. There are more than 2000 stars.

Oh this is for Ms. Monroe. Alien met her! 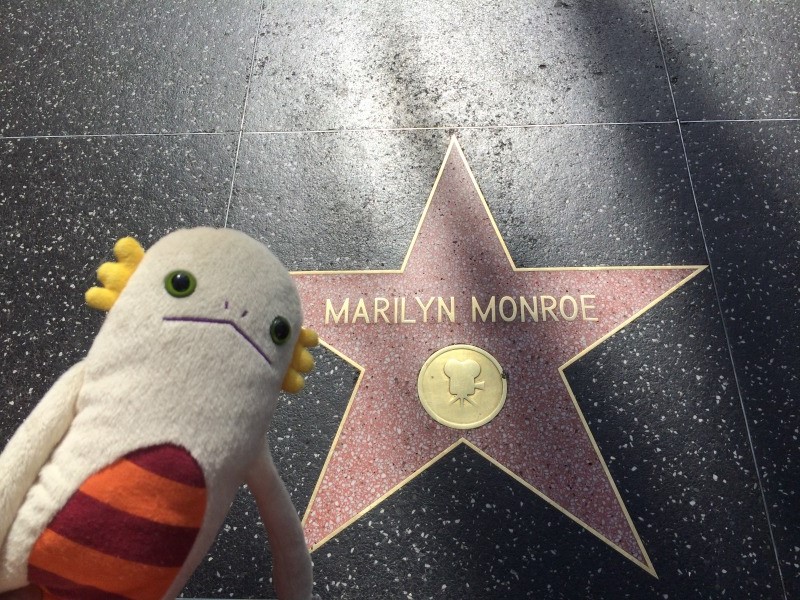 This star is for Mr. George Takei. Alien saw his musical on NYC broadway! 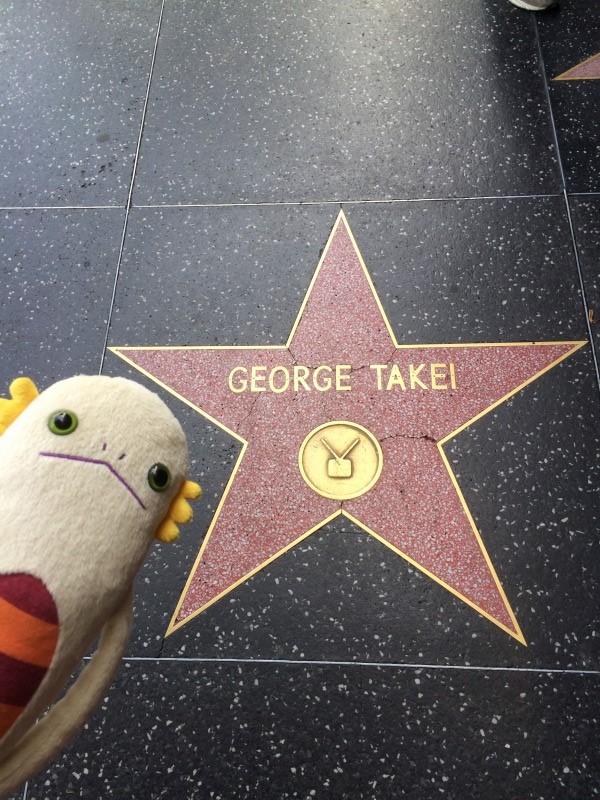 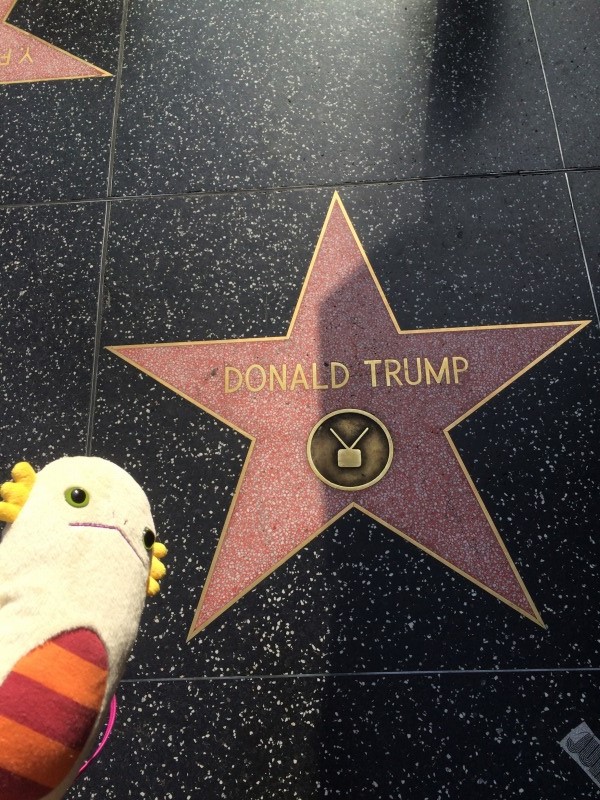 He used to be a host of a reality TV show. 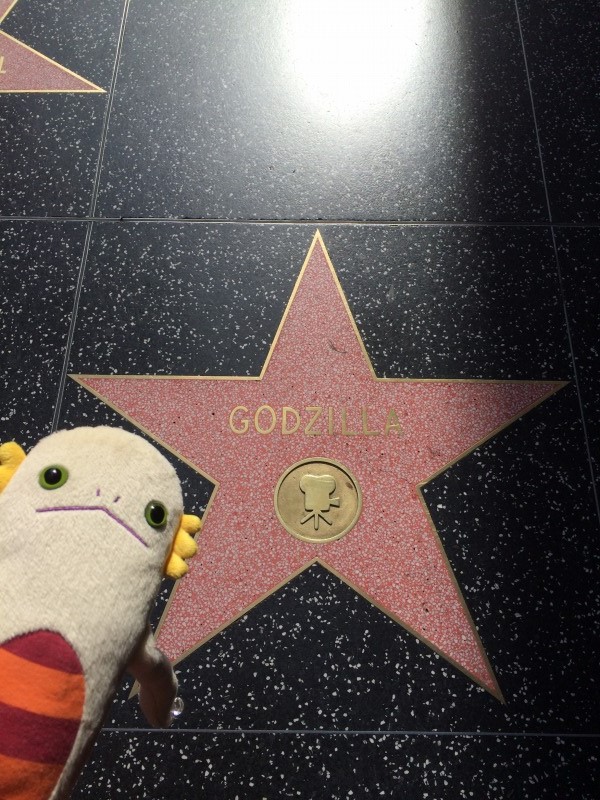 And the superstar Alien admire the most... 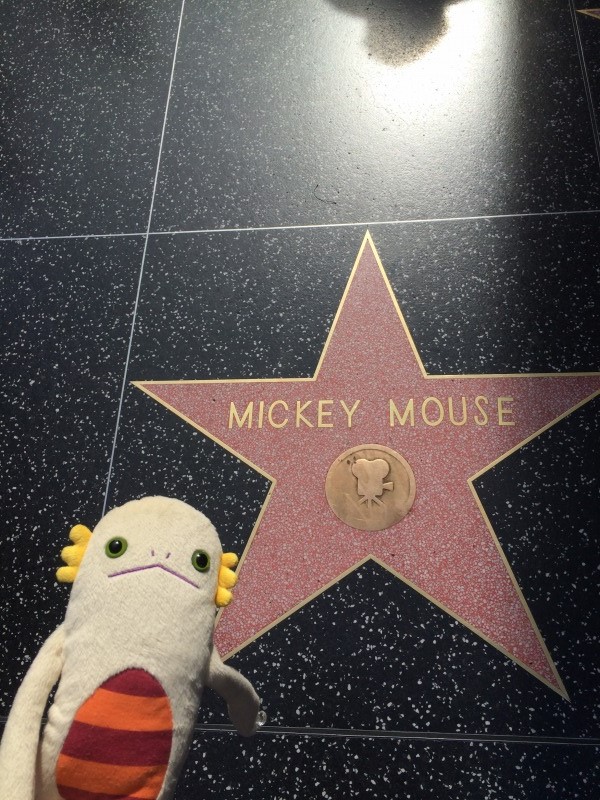 Alien want to meet him someday in the future.

There are a plenty of "empty" stars on Walk of Fame. 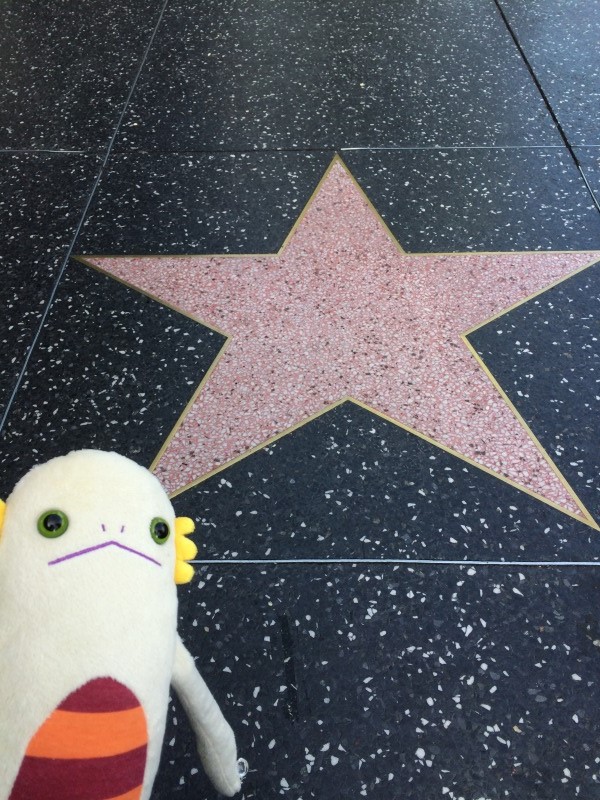 Alien's name will be inscribed here in the future!

Let's be a Hollywood star.